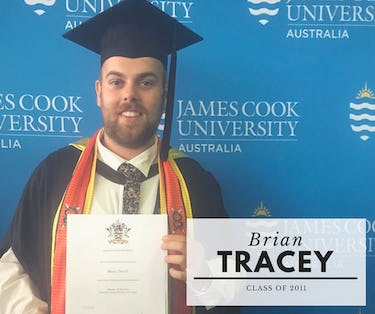 When I graduated at the end of 2011 I moved to Wales where I lived and worked for 12 months whilst travelling the rest of the UK and Europe. In 2013, I returned to Australia and started my undergraduate degree at Western Sydney University where I completed a Bachelor of Animal Science majoring in Zoology and sub majoring in Conservation Biology. As part of the final year requirements of my Bachelor I was required to complete a yearlong research project and present a thesis paper at the end. I chose to complete this project on Port Stephens’ Koalas where I provided one of the first proper population estimates and habitat correlation counts for the area.

From this I received an offer from James Cook University to their Master of Science program in Townsville North Queensland. During 2016 & 2017 I completed my Masters’ where I chose to specialise in Marine Biology & Ecology with a focus on large marine vertebrates and tropical fisheries. During my degree interned as a Research Assistant for the Australian Institute for Marine Science where I worked on a coral and sponge program assessing the effects climate change was having on different species.

My current role has seen me relocate the an island in the West of the Philippines where I work as a Research Assistant for LAMAVE, the Philippines largest independent non-government organization dedicated to the conservation of marine megafauna and the marine environment. My team is responsible for the areas first full scale assessment of the seasonal aggregation of whale sharks to the area. Our main goal is to gain an understanding of how many whale sharks are here and their seasonal movements.

Back to Alumni
Back to Our Community