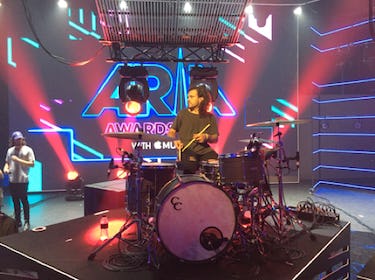 Dom, who graduated from St Philip’s Christian College, Newcastle in 2008, is the drummer for Sydney based band Gang of Youths

The Sydney indie rock group, whose second studio album Go Farther in Lightness topped the ARIA charts when it was released in August, took out the coveted album of the year award, as well as best group and best rock album. They had already picked up producer of the year at the industry awards earlier this year.

Dom is a passionate and extremely talented musician and young man. Dom is fervent about his faith and is excited about being equipped with the mission of bringing the light of Jesus into the music industry.

We are so proud of Dom and all that he has achieved, and wish him every success in his future music endeavours.

The College spans across six schools and prides itself on offering a superior education, innovative teaching techniques and state-of-the-art learning environments

Learn more about Our Schools

Leaders in whole of life education